In my article on Coronavirus and Force Majeure I mentioned a legal concept called “frustration” which might help venues avoid liability for failing to comply with events contracts in the absence of a force majeure clause.

It is unlikely that frustration could be relied upon where a force majeure clause has been included in a contract. In that situation the Court is likely to take the view that the parties have made express provision for the consequences of the particular event which has occurred.

Frustration is an old common law principle which means that it is a principle developed over many years by the courts and it does not have any basis in statute.

Generally speaking a frustrating event is an event which:

Examples of frustrating events that have been recognised by the Courts are:

Believe it or not but in 2019 the Courts rejected the suggestion that Brexit is a frustrating event (in the legal sense). In 2011 an EU agency entered into a 25 year lease in Canary Wharf and after the EU referendum sought to terminate the lease on the grounds that Brexit was a frustrating event. The Courts disagreed on the basis that whilst Brexit would make the agency’s occupation of Canary Wharf for a further 16 years embarrassing it would not be illegal or impossible for it to continue to occupy the space.

Are the Coronavirus pandemic or the Government’s advice on social distancing frustrating events?

As I mentioned in my article on Coronavirus and Force Majeure the Government’s advice on Social Distancing advises everyone to take measures “to reduce social interaction between people in order to reduce the transmission of coronavirus (COVID-19) [including steps to] avoid large gatherings, and gatherings in smaller public spaces such as pubs, cinemas, restaurants, theatres, bars, clubs”.

It would therefore seem that in almost all conceivable cases it will either be impossible to go ahead with any corporate events whilst remaining compliant with the Government’s advice or that to make events compliant with the Government’s advice they would need to be radically different from that originally contemplated. On that basis I think we have good grounds to argue that the Coronavirus is a frustrating event.

However, whether or not this frustrating event will frustrate your events contracts will depend on when the event in question was supposed to take place and what the Government’s position is/was at the time that the event is/was cancelled:

These issues of timing raise some interesting dilemmas. Consider these two examples:

I do not have answers to these questions but I suspect that there may be some court cases (hopefully not in the cultural sector) along these lines.

The general rule where contracts under English law are frustrated is that:

Whilst this article has focussed on event contracts the principles discussed can be applied to any contractual relations which are impacted by the Coronavirus pandemic, including: 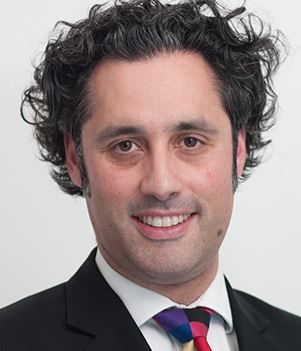 By Anthony Misquitta
Anthony Misquitta, is a solicitor with 20 years’ experience advising cultural institutions on all legal issues but with a focus on IP and technology. Anthony spent 18 years with Farrer & Co solicitors and now splits his time between the V&A where he is the General Counsel and Keystone Law where he is a consultant solicitor. He is a trustee of the Association for Cultural Enterprises and the Sir Percival David Foundation of Chinese Art.
Show all responses Close responses

One Reply to “Coronavirus and Frustration”