Information from sector colleagues was cited as the most useful resource during the crisis, with 81% of respondents citing it as something that had helped them

In my research, I have found that although sector collaboration is not a theme that features heavily in general crisis management literature, it is often found in crises in the heritage sector.  Coronavirus, it seems, was no different.

In my interviews and survey data, there is clear evidence of site operators looking to their sector colleagues to help with decision making; utilising networks that already existed to get a picture of how other organisations were reacting in an uncertain landscape.

As early as February 2020, some operators had one eye on sector behaviour, as Participant B explains:

“It came up almost as an AOB in our February Trustee’s meeting. As just a “we should keep an eye on what other people are doing” (Participant B).

Then, when there was confusion around lockdown easing, Participant B again turned to others for clarity:

“On Monday we were looking at every other garden and landscape on their social media sites, trying to see what other people were thinking, and everyone was really quiet” (Participant B).

In fact, the behaviour of other organisations impacted a range of decisions, from out of office responses to collections enquiries to the closing dates of sites:

“We looked at what other museums were doing in the UK, and we looked at our counterparts in the States… Kind of looking at what they’d said, and then we were saying the same” (Participant H).

“We were following closely what other organisations were doing, so like other gardens, other outdoor spaces. The public parks closed, and we closed the day after another big attraction closed” (Participant J).

13% of survey respondents said that the behaviour of other organisations drove the decision to close theirs. Although this lags behind factors like Government advice, and public and staff safety, it was a bigger factor in decision making than either reputational risk or lack of staff (Culture in Crisis survey).

There is also strong evidence that sector resources were utilised through information and experience sharing channels, primarily webinars. Some participants specifically referenced receiving useful information through the weekly ALVA (Association of Leading Visitor Attractions) webinars, which were opened up to all attractions professionals during lockdown.

In addition, ALVA produced a daily bulletin, outlining the day’s sector updates, and organisations such as the MA (Museums Association), Association for Cultural Enterprises, AIM (Association of Independent Museums) and more, all provided a wealth of sector support including webinars, podcasts, mentoring and employment resources.

Some participants spoke about a more informal or local form of sharing information:

“We had checked with partners who permanently work with people with dementia, and they were still programming away, and they said, absolutely, there will be a percentage of our audience who won’t be able to access us now, but there will be enough who can” (Participant D).

“I chair a group called the [area organisation is based] Business Partnership…we kind of meet as a group in terms of what we’re doing” (Participant E).

For many participants, the most important role was moral support during an uncertain and turbulent time

Overall, information from sector colleagues was cited as the most useful resource during the crisis, with 81% of respondents citing it as something that had helped them. In addition, 49% cited more formal sector updates as a useful resource, approximately the same amount as Government updates. Information from other organisations therefore far outweighed any other sort of resource (Culture in Crisis survey.).

Behaviour modelling and information sharing were key roles that were provided through sector collaboration. But for many participants, the most important role was moral support during an uncertain and turbulent time:

“I was telling someone this the other day that the great thing about our sector is that I could – even in normal times, I could ring you up and say “how many visitors have you had this week?” and you would tell me the exact number of visitors you’d had without any sort of thought of “oh, I shouldn’t be telling them that”. But if you worked at Marks and Spencer, you wouldn’t ring up the head of Next and ask them how much money they’ve made” (Participant B).

There does seem to be strong evidence, therefore, that the sector as a whole has pulled together well to provide much needed advice and support to individual operators. Possible reasons for this could be; the common experience of site operators, the lack of clear information from official sources, the strong network links already created and the environment of lockdown, which cut museum and heritage staff physically off from their immediate colleagues and pushed communication online, where links with other organisations in the sector became easy and convenient.

It should be noted, however, that these network links did not reach every member of the museum and heritage community. One interview participant, who operates at a more junior level than the other participants, after talking about stronger internal relationships that were needed, commented:

“I guess between the sector as well. There could be stronger relationships there that could be helpful” (Participant A).

This suggests that while senior managers are well linked in with each other and consequently have in-built support networks, this support may not be present for more junior employees, or those on temporary contracts.

Although there are some exceptions which the sector should certainly aim to ensure are covered in the future, it can be seen that many members of the museum and heritage workforce felt a huge amount of pride in the support they gave and received from their colleagues, and that it made a demonstrable difference in how they handled the crisis, and even some of the key decisions that were made. 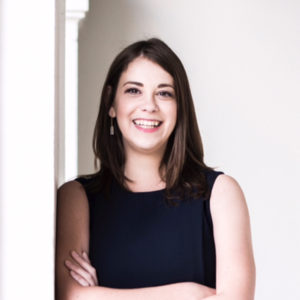 The ability to adapt is crucial