Like all museums, we’ve dabbled in public fundraising before (with disappointing results), but thanks to this online membership platform we are now operating our most successful regular giving scheme ever

We all recognise the value of online platforms in building a brand, creating an online community and building advocacy. But we can take this one step further thanks to Patreon.com.

Patreon.com is currently providing The Tank Museum with £6,611 per month, courtesy of our 1,009 patrons. Like all museums, we’ve dabbled in public fundraising before (with disappointing results), but thanks to this online membership platform we are now operating our most successful regular giving scheme ever.

The Tank Museum has a YouTube Channel, with over 340,000 subscribers and 16m views in 2020. It has proved to be an excellent medium to connect with an audience of armoured warfare enthusiasts across the globe.

The Tank Museum joined Patreon.com in 2017, at a time when I was under pressure to demonstrate a return on the investment into our YouTube channel.

Trustees correctly wondered what was the point was of reaching viewers who were unlikely to ever visit due to geography (the US still accounts for over half of our viewers).

Until that point, the strategy had simply been one of growing audiences, but it was suddenly obvious to me that growth was only half the job. I needed to look for ways in which the audience could ‘fund’ itself.

I knew that YouTubers were making a living from channels that were similar in size to ours, so the funding model I adopted was basically theirs.

The first action was to “monetise” the YouTube channel. This basically meant allowing Google to show third party adverts at the start of our videos, for which we would take a cut of the advertiser’s fee. It’s a completely passive income stream that generated £31k for us in 2020 alone.

The third was to sign up to Patreon.com: a platform that had been specifically set up to allow content creators (bloggers, YouTubers, musicians, artists, podcasters, etc) to offer a paid membership scheme to their supporters or fans.

Patreon allows you to create multiple tiers of membership at different price points – so you can offer different perks or rewards in exchange for monthly supporter payments.

Initially, Patreon only supported USD (it now supports EUR and GBP). We knew this would be off-putting to potential UK based supporters, but the primary target market was our US viewers.

Having set ourselves up, we needed to tell our would-be patrons where to find us. This meant regularly signposting it in our YouTube videos and on our other social platforms.

Every YouTube video began to include (and still does) a plea to support us on Patreon, with the message that income would enable the channel to keep going. We thanked our new supporters publicly on Facebook and Twitter to help raise awareness of the platform.

We offered rewards we knew we could easily and inexpensively fulfil at price points that provided a spread of options for different pockets.

It was all in place, but I had absolutely no idea if anyone would join, or if the approach we had adopted would actually work…

In 2020, our Patreon supporters provided The Tank Museum with a vitally important £66k – with monthly payments rising 61% between January and December of that year

Our Patreon steadily took off, generating £16.5k (net) in its first year. Given my initial expectations, I pleased with this success – but would have liked to see it grow faster.

Part of the issue would have been consumer confidence. Those who hadn’t heard of Patreon needed some convincing to provide payment details on an unfamiliar online platform. This sort of thing takes time.

But when the pandemic stuck, the time had come. In those months of great uncertainty, we had a scheme set up and ready to welcome new supporters during our time of greatest need.

In 2020, our Patreon supporters provided The Tank Museum with a vitally important £66k – with monthly payments rising 61% between January and December of that year.

Combined with our advertising revenue, our total earnings through YouTube were £97k for 2020; making a material contribution to our finances during challenging times. This more than covers the cost of running the channel.

Patreon isn’t perfect. It was (and remains) more oriented towards the individual content creator than the provincial British registered charity.

There is no Gift Aid option and it has recently started adding local VAT on top of the membership fee – creating more headaches for our Finance team.

But these costs aren’t completely out of kilter with other online fundraising platforms (such as JustGiving), and for this purpose it’s the better tool for the job. 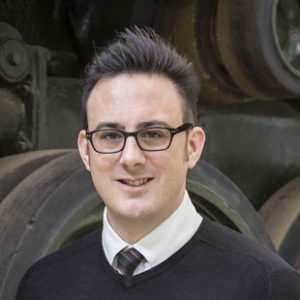 By Nik Wyness
Nik Wyness is Head of Marketing & Engagement at The Tank Museum where he has led the digital transformation of The Tank Museum - developing and monetising a global online community.
Write a response … Close responses